Seven Ways To Be More Inclusive Of Women Executives

This article was originally published on Forbes.com

Diversity and inclusion (D&I) are becoming an integral part of many organizations’ values. U.S. companies spend a combined $8 billion on D&I training annually.

However, many organizations struggle to reap the benefits of these programs. A PWC study of young women found that 71% of organizations talk about diversity, but opportunities are not felt to be equal for all.

The issue is not about making the business case for D&I. It’s more at the ground level and how you treat your fellow executives who are women — or from other minority groups.

Before we discuss how to treat women in the workplace, let’s first understand how men and women may differ. Women often have a different way of communicating and leading organizations. In her research “How Men and Women Differ,” Karima Merchant discusses psychological and cultural differences between men and women. These differences govern how men and women lead, communicate and influence others.

For women, communication may be an emotional thing, whereas for men, it may be a means to achieve something. When women discuss an issue at work, they may expect men to first understand them and build a professional bond. However, some men may instead quickly offer a solution, and this can lead to a disconnect between men and women at the workplace.

2. Influence Tactics. Men and women can also differ in how they influence others.

The ability to influence followers is a key characteristic of a leader. Because of this, a key difference between men and women leaders is clear.

This creates the false perception that women lack what are traditionally seen as core characteristics of being a leader (i.e., being ambitious, tough and dominant). The detrimental impact of these stereotypes leads to women losing leadership opportunities.

Usually, a woman goes through more hoops than a man to become an executive. Just writing this gives me cold feet learning how tough it is to be a woman executive in our society.

Let’s talk about how to be inclusive of women in leadership or executive positions:

1. Listen before you talk. Occasionally, women may like to discuss a problem or concern in more detail. Your role as a listener is to understand their concern. This may involve repeating their statements, confirming you are actively listening. Let them know you acknowledge their concern and that it is important.

Example: A woman executive wants to know from the board why the HR budget was cut more than other departments’. Instead of immediately providing the reason for cuts, first discuss how HR is getting impacted by the budget cuts.

2. Respect their leadership style. According to research (registration required) by Zenger Folkman consulting, women were rated higher on 12 out of 16 categories of outstanding leadership. Women can bring a new color to leadership with their unique abilities and styles, and they can be equally competitive — if not more so — in driving results and taking initiative. They deserve the same level of respect that any leader does.

3. Don’t treat them as a special case. I am not talking about discrimination here. Discrimination is a crime. I am referring to treating a female executive as a special case, which can lead to a belief that women are weaker and hence need more attention. This belief comes from the stereotypical examples from the research we listed above. A differentiated treatment results in women having fewer growth opportunities.

4. Pay them fairly. If you are hiring a woman executive, then do not shortcut on compensation. Compensate them to the degree you would compensate any other person. There are many cases where women are offered a lower salary — for example, in technology or science positions. U.S. organizations pay female executives around 24% less salary compared to their male counterparts.

5. Don’t make them constantly prove their competence. Showcasing your competence as a leader and having gravitas is expected from an executive. However, asking a woman leader to prove her competence regularly is an insult. In The Confidence Code, Katty Kay and Claire Shipman talk about why women are often assumed to be less competent until they prove themselves versus how men are often assumed to be competent until proven otherwise.

6. Don’t mix professional and personal life. In S&P 500 companies, women hold only 26.5% of executive and leadership roles, and women make less compared to men over their lifetimes if we factor in the time some women take off to become mothers. Maternity leave and the time invested in raising children may result in a woman executive getting cut off from a fast-paced company decision cycle for an extended period. They often have to spend significant time to regain the confidence of the board or to reassure others they are on pace with peers. We should not count the maternity phase and the catchup against them. I’ve worked with women leaders who surpassed all male executives upon their return from a long maternity leave.

7. Speak and act against harassment. Harassment at work is the executive’s worst nightmare. In some ways, it’s even worse if the harassment occurs at the board level, as it sets the tone for the entire organization (see: Uber). Your responsibility as a leader is to make sure fellow leaders feel secure, safe and dignified at work.

Involve women executives in implementing procedures and training against harassment. Speak up and follow the legal process if you come across a harassment case. Do not shove it under the carpet. 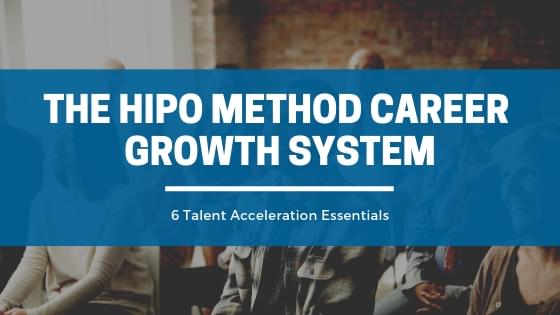